Home   /   Clarkston at Play: A Generation of Toys

Clarkston at Play: A Generation of Toys

This fun filled exhibit brought out the kid in all of us! There were ‘church dolls’ meant to keep small hands busy during church services as well as ‘Sunday toys’ which were religious in nature (such as a Noah’s Ark) and the only toys allowed on the Sabbath. There were toys for every type of household. ‘Penny dolls’ were simple stick form dolls that cost one penny and still provided hours of entertainment. At the other end of the spectrum were carved animals from a Schoenhut Circus. These were some of the best toys available and it was a lucky child who had them to play with. It was a wonderful and whimsical exhibit that was popular with everyone who stopped to see it. 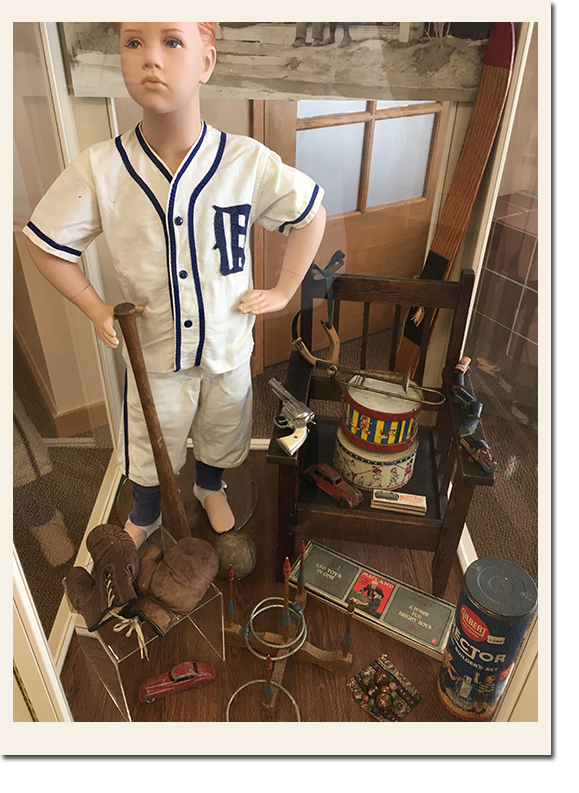