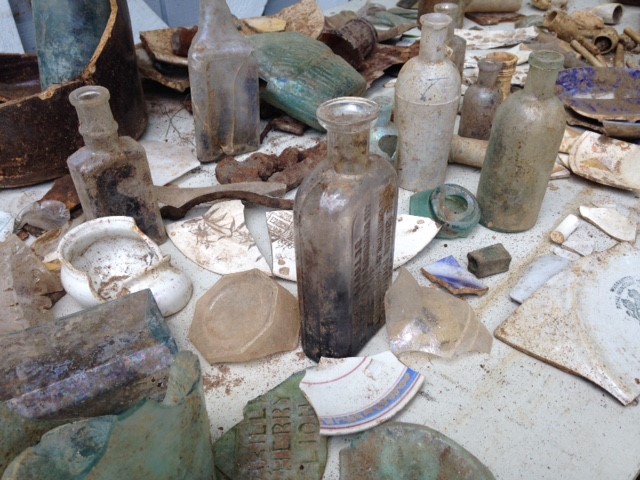 The Privy Dig held on July 26th was a resounding success. We had a great crowd of very enthusiastic participants assisting our “outhouse archaeologists” in excavating old privy sites at each of three locations in downtown Clarkston.

Imaginations were sparked as items from the past, both lost and discarded, were lifted from soil that hadn’t been disturbed in decades. You might look at the smudged face of a china doll and see a young girl in the dim light of the outhouse gasp in horror as she hears the wet splash of her treasured doll after it slipped from her hands, or, hear the echo of a curse after a young man looses his grip on a bottle of moonshine while having a private nip in the John. We find we are not so different than our predecessors, although, it is much easier these days to dip into the modern commode to retrieve a smartphone that has fallen from your back pocket!

← New Book, “Images of America: Clarkston”
Art in the Village & Taste of Clarkston →